Leading the World in Ethanol Supply and Demand

In 2021, Canada remained the top destination for U.S. ethanol, taking nearly one-third of U.S. ethanol shipments. Export sales to South Korea grew, beating out India as our second-largest destination. Another bright spot was the return of China as a customer.  While India and Mexico remained key markets, shipments to both fell in 2021.

However, the main cause of lower total exports in 2021 was a further sharp drop in shipments to Brazil, which occurred after a 20% tariff was applied to all imports from the U.S.

U.S. ethanol imports declined in 2021 as well, due to lower production and higher prices of Brazilian ethanol, declining prices of California Low Carbon Fuel Standard credits, and volatile RFS credit (RIN) price dynamics. were on par with 2019 levels, despite the cutback in U.S. fuel consumption.

U.S. biorefineries satisfied growing domestic animal feed needs while also exporting about a third of distillers grains produced. In 2021, more than 50 countries purchased a cumulative 11.6 mmt of U.S. distillers grains. Half of these exports landed in Southeast and East Asia.  Meanwhile nearly 20 percent of total exports were shipped to Mexico, as the country extended its position as our top customer for a fifth consecutive year.

The Renewable Fuels Association anticipates that mounting demand and geographic diversity lie ahead as countries around the globe embrace the use of these safe and economical ethanol bio-products. 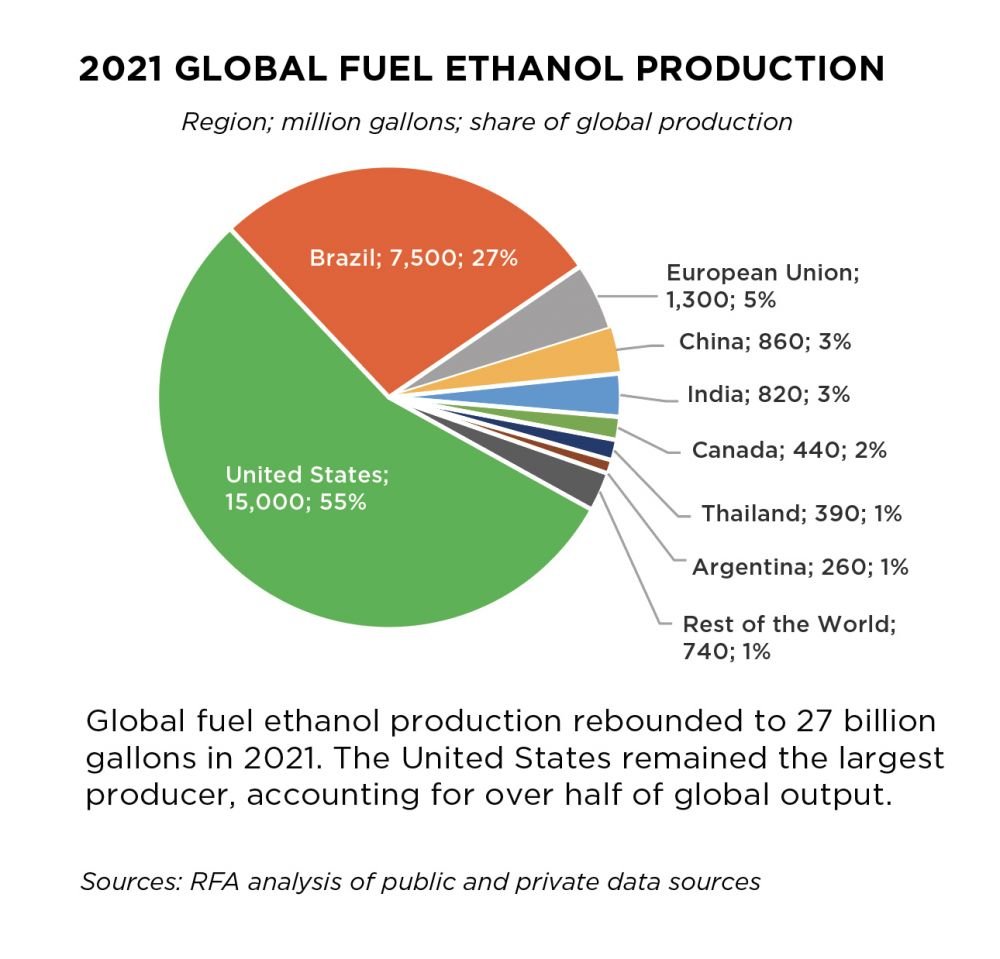 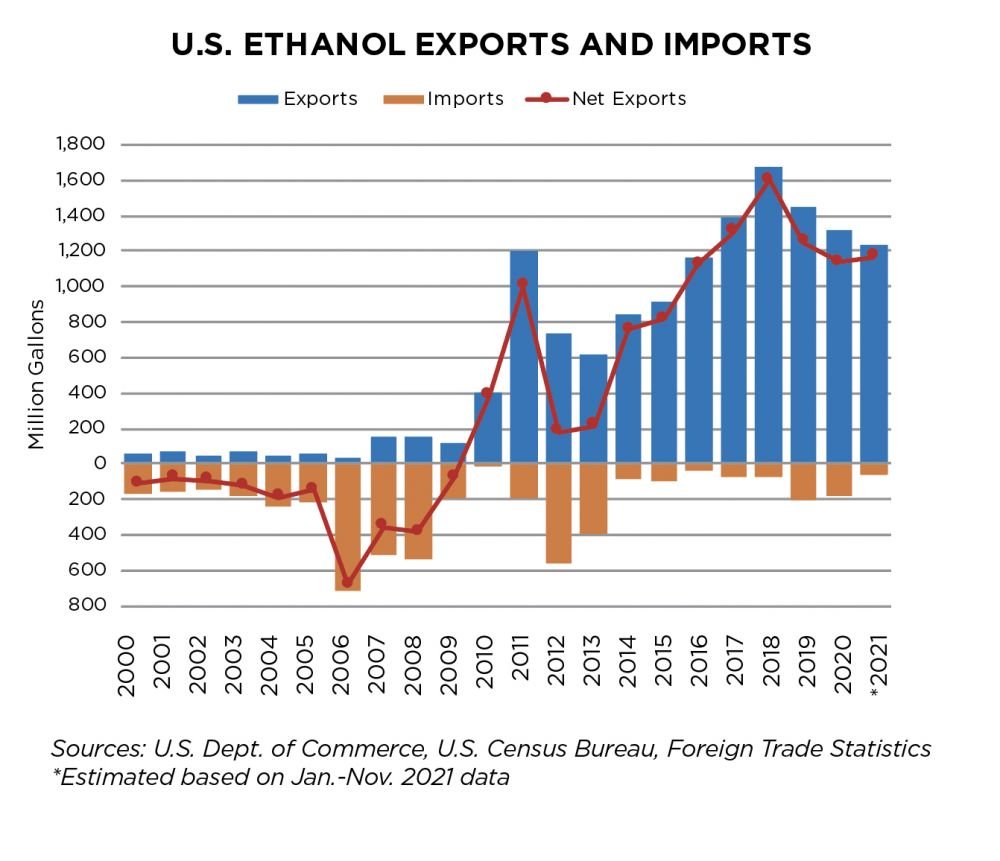 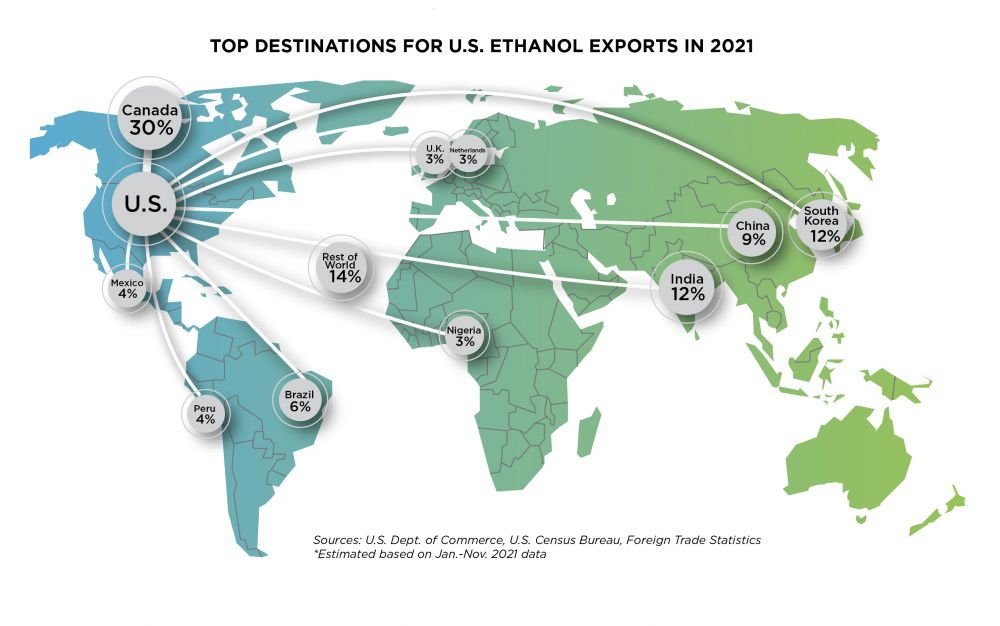 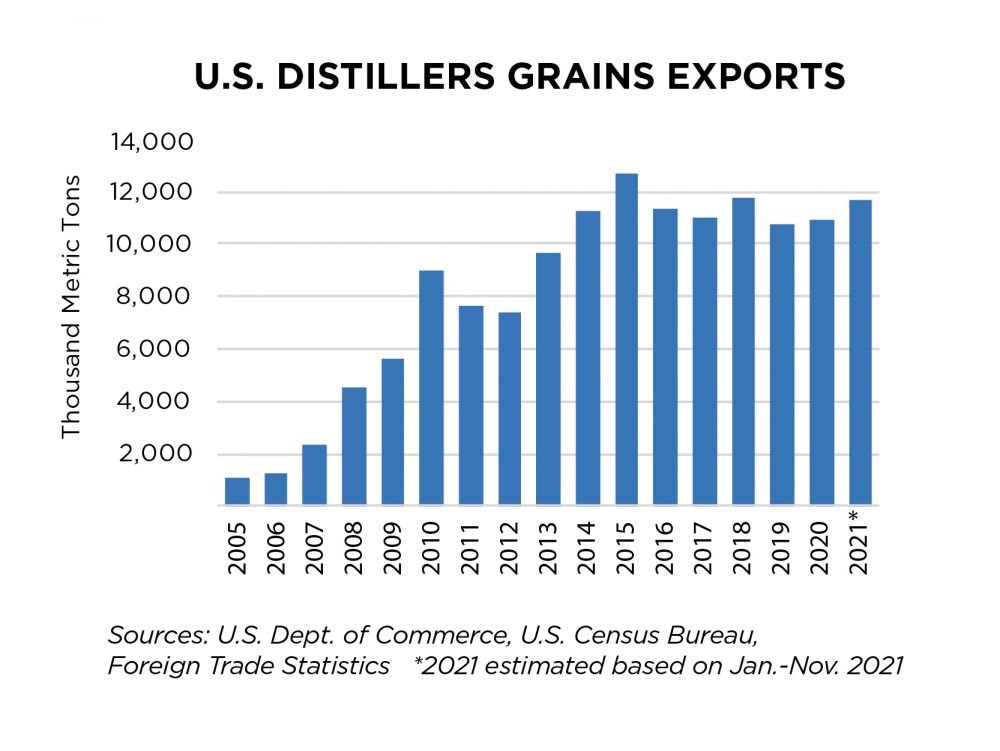 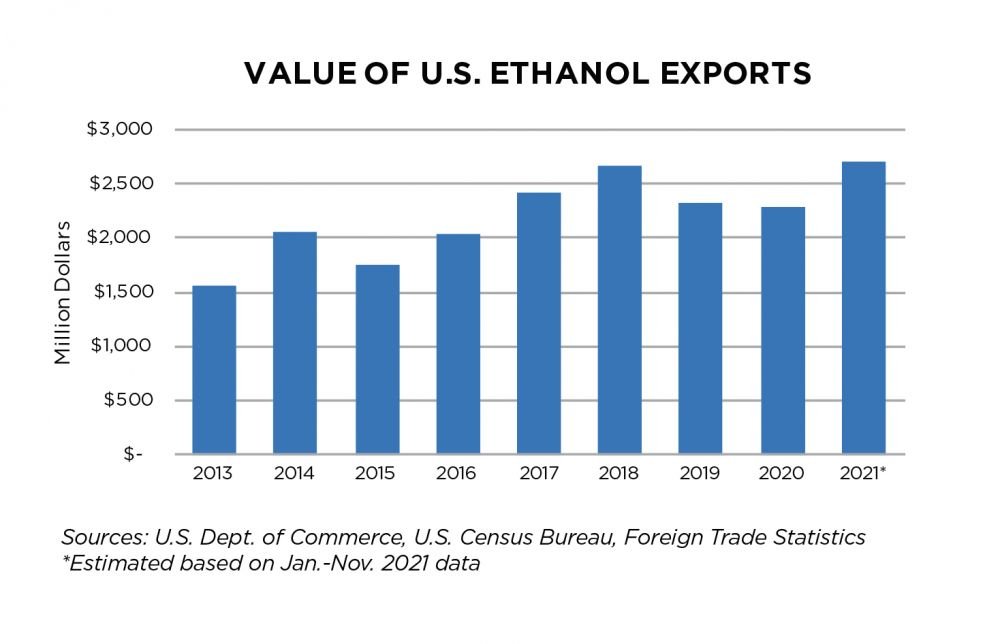