The U.S. did not log any imports of foreign ethanol in February after importing 10.5 mg in January. 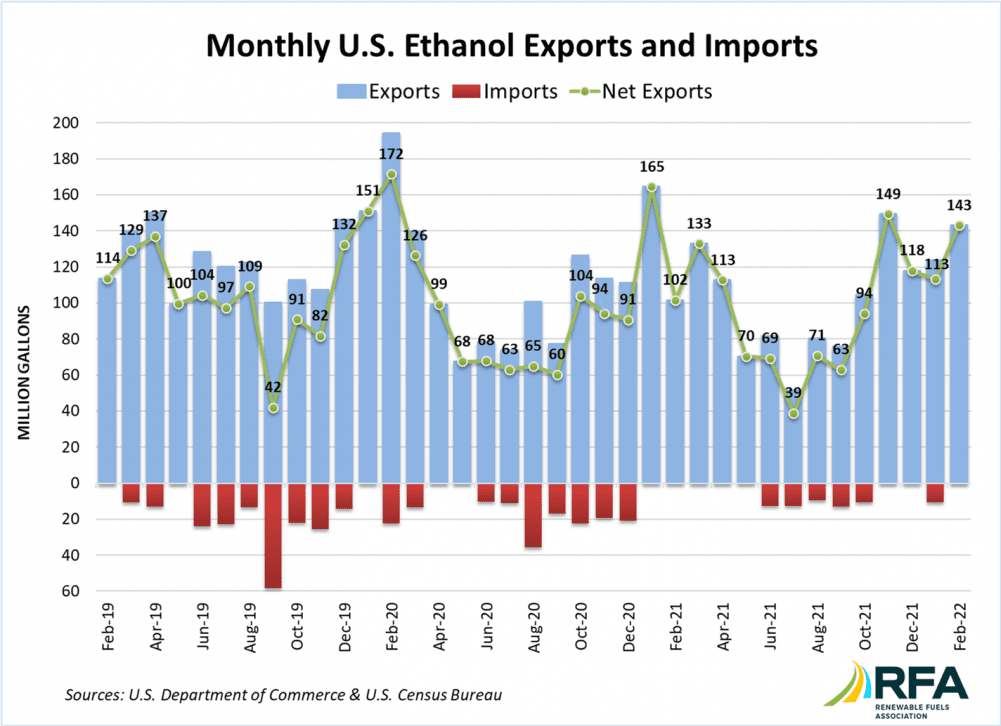