For the third consecutive month, the U.S. did not log any meaningful volumes of foreign ethanol imports (6,160 gallons shipped from Canada in March). This marks the smallest volume of total first-quarter imports in four years. 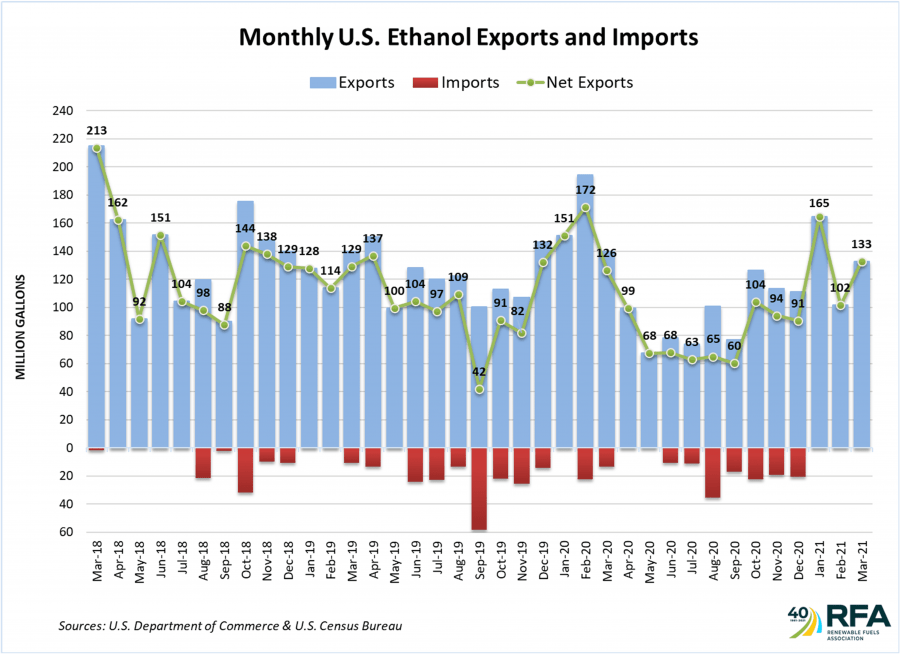