February 5, 2021 — The official numbers are in and they confirm that, despite the pandemic and trade barriers, the U.S. ethanol industry exported 1.33 billion gallons in 2020—the fourth-largest volume on record.

Watch for RFA’s release of our 2020 Exports & Imports Statistical Summaries, which will be posted next week to our Publications webpage here. 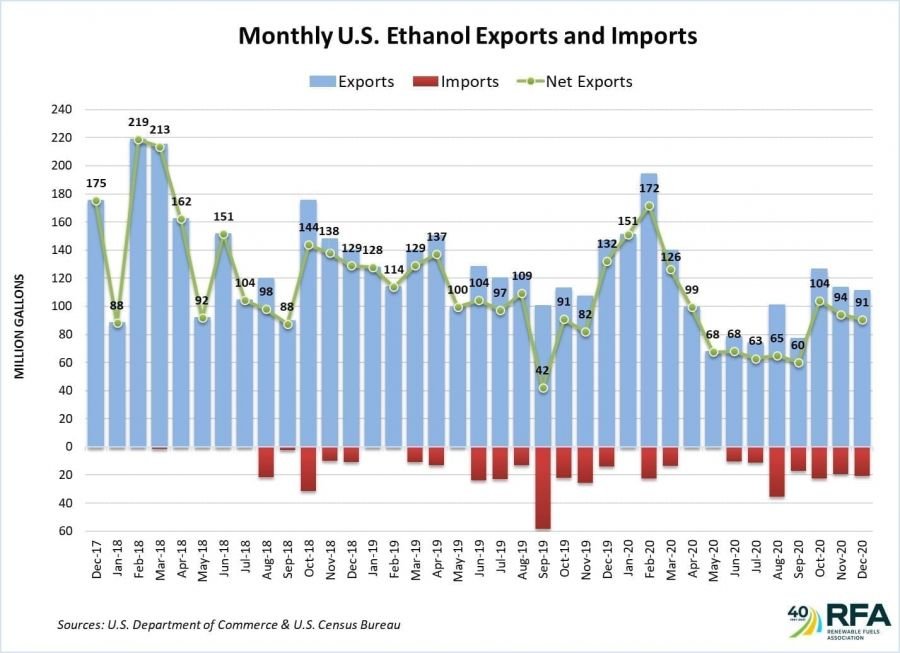