Trade Monitor
Global Sales of U.S. Ethanol and DDGS Contract in May

May U.S. denatured fuel ethanol exports expanded 5% to 28.3 mg. Shipments to chief customer Canada regained some ground that was lost in April, rising 45% to 12.0 mg (accounting for 42% of total exported product). Other larger markets were the Netherlands (5.7 mg), United Kingdom (3.8 mg), South Korea (2.7 mg), and Colombia (2.3 mg). Notably, India was absent from the market after purchasing 48 mg the first four months of the year.

There were no U.S. imports of ethanol recorded in May. However, Brazil has shipped 36.0 mg of sugarcane-based ethanol to the West Coast this calendar year. 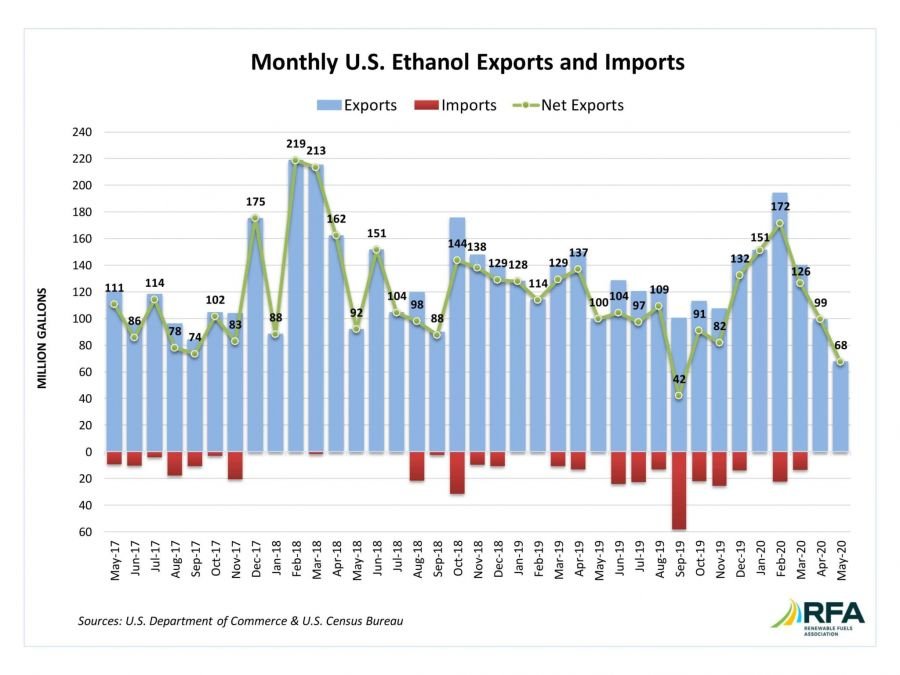