March 6, 2020 — U.S. ethanol exports accelerated to a fifteen-month high in January, increasing 3% to 151.2 million gallons (mg), according to data issued today by the government and analyzed by the Renewable Fuels Association (RFA). Brazil purchased nearly twice as much U.S. ethanol as in December, solidly outpacing shipments to Canada.

There were essentially no U.S. imports on record in January following a seven-month stretch of shipments. 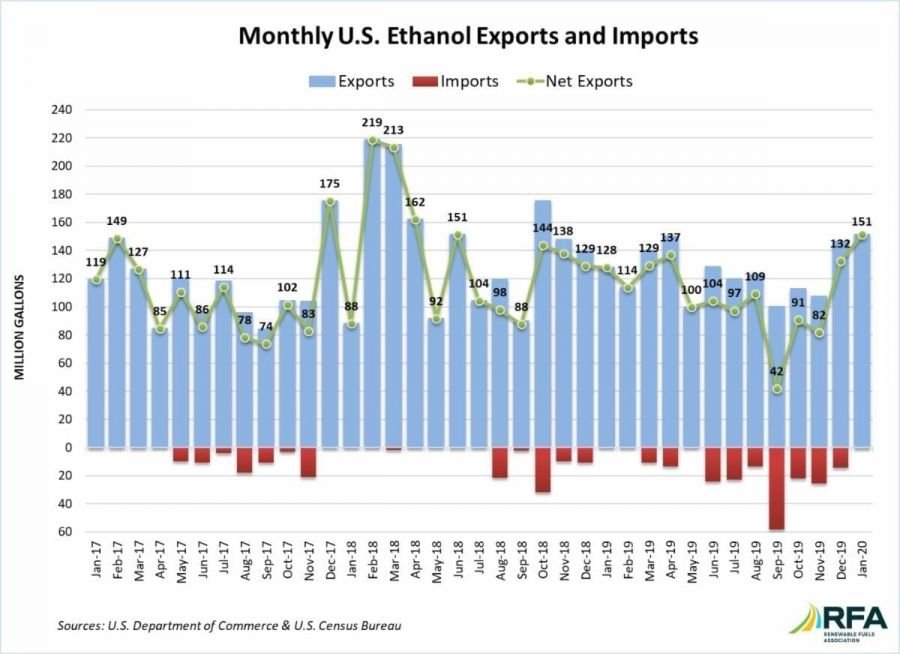