January 7, 2020 — U.S. ethanol exports receded in November, decreasing 5% to 107.3 million gallons (mg), according to data issued today by the government and analyzed by the Renewable Fuels Association (RFA). However, the Brazilian export market was reinvigorated despite the restrictive tariff rate quota limiting volumes that can enter the country duty-free. Brazil doubled its purchases and overtook Canada as our top customer for the first time since April.

Imports from Brazil intensified in November as the U.S. purchased its second-largest volume of cane ethanol in a year, up 16% to 25.4 mg. Total U.S. ethanol imports for 2019 now stand at 189.4 mg—nearly triple the volume imported last year during the same period. Consequently, the U.S. is on pace to log over 200 mg by year end. 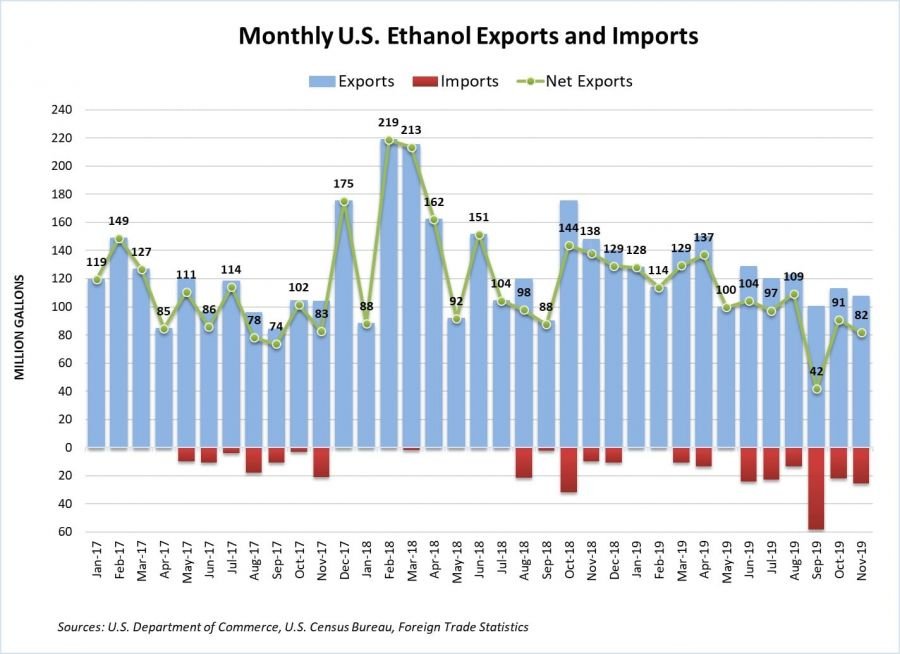