U.S. ethanol exports rose to 150.2 million gallons (mg) in April, according to data issued by the government and analyzed by the Renewable Fuels Association (RFA). This was a 7% increase from March and the highest volume since last October.

Brazil was the top destination for the fifth straight month, purchasing 40.9 mg of ethanol, which represented just over one-quarter of total U.S. shipments. India edged out Canada as the second-largest destination, as shipments more than tripled from a month earlier to 34.1 mg, the highest level since March 2017.  This occurred even though exports to Canada surged 37% to 31.0 mg. Other top importers included South Korea (8.5 mg), the Philippines (7.6 mg), the European Union (7.2 mg) and Colombia (5.3 mg).

The U.S imported ethanol for the second straight month.  Imports rose to 13.2 mg in April from 10.7 mg in March.  Almost all was undenatured fuel ethanol.  Of the total, 10.5 mg was received from Brazil, 2.6 mg from Guatemala and minor amounts from Canada. 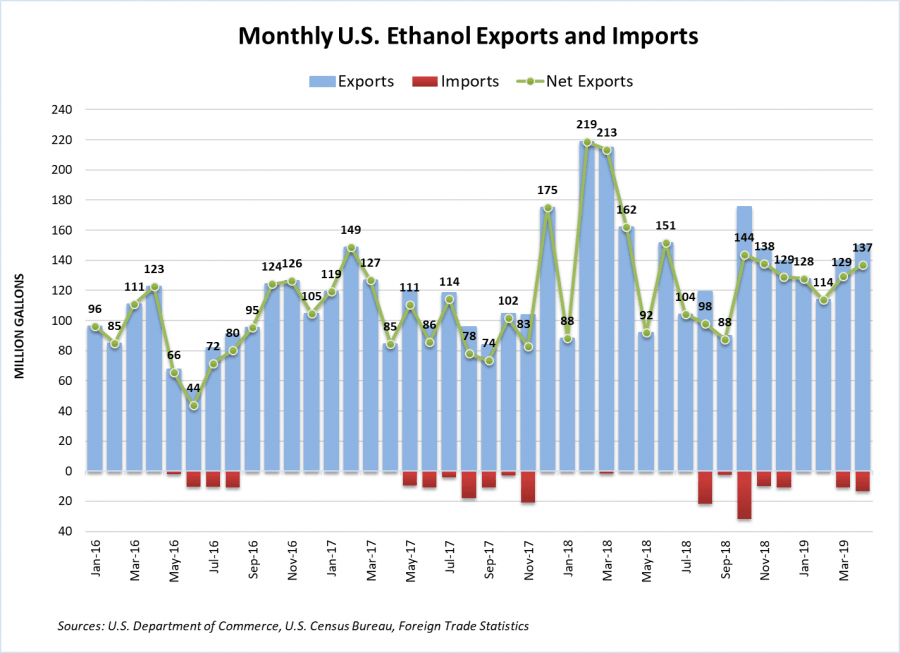