U.S. ethanol exports totaled 113.8 million gallons (mg) in February, according to government data released this morning and analyzed by the Renewable Fuels Association (RFA). This reflects an 11.0% decline from January. However, global sales remain healthy as average exports over the past four months are 25% greater than the comparable period a year ago.

Brazil was our top trading partner for the third straight month, purchasing 36.2 mg—nearly a third of all U.S. ethanol shipments, despite a 6% trim from January. Exports to Canada declined by 15% to 17.0 mg, dropping 40% over the span of two months. India also pared its U.S. ethanol imports to 15.0 mg, down 25%. These three markets accounted for two-thirds of all shipments in February. Other significant importers include Oman (9.2 mg), South Korea (8.4 mg), and the Philippines (7.5 mg).

The global market for U.S. ethanol for non-fuel, non-beverage purposes remained on par with January volumes at 4.8 mg. Nearly all exports landed in Nigeria (3.5 mg denatured) and Canada.

February was absent of any fuel ethanol imports for the second straight month. 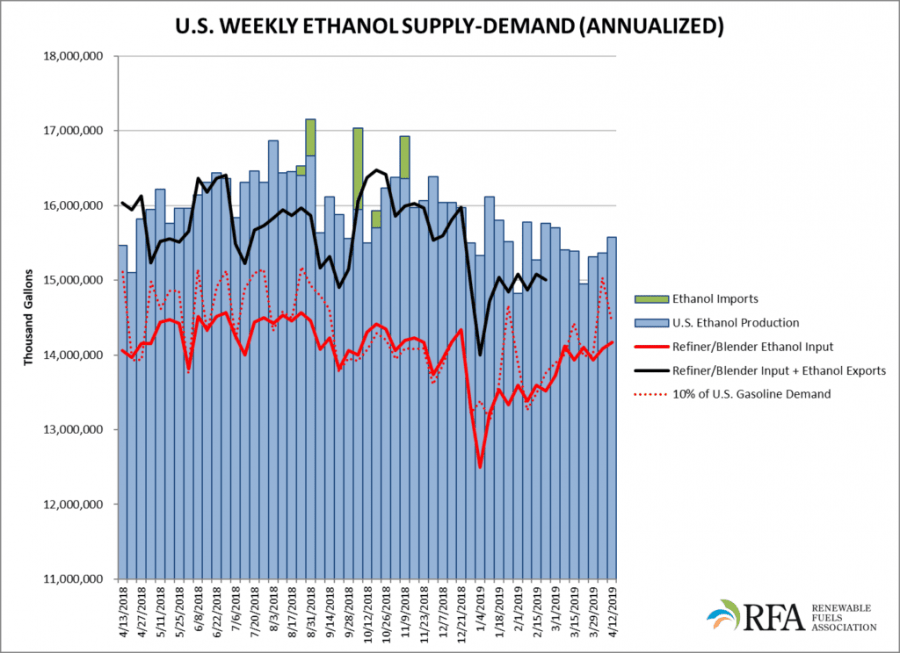