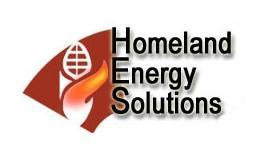 “This is a significant milestone for Homeland Energy Solutions, and we congratulate the team on their innovative spirit and longstanding commitment to the ethanol industry,” said RFA President and CEO Geoff Cooper. “Everyone involved in the operation over the past 13 years should be very proud of the fact that Homeland has supported hundreds of jobs, added value to locally grown crops, and provided consumers with cleaner and more affordable fuels at the pump.”

Homeland Energy Solutions reports that, since its inception, it also has delivered more than 4.6 million tons of dried distillers grains as animal feed, produced over 460 million pounds of corn oil and crushed more than 685 million bushels of corn. In a statement, Homeland said, “Strong support from our board and a committed team have allowed us to enjoy continued success as we promote and support our efforts to fuel America with sustainable energy.” Mike Peterman, Plant Manager and COO, added that, “I have been part of several successful ethanol plants during my career, but Homeland is the most efficient and well-run facility that I have been associated with.” Click here for more information.