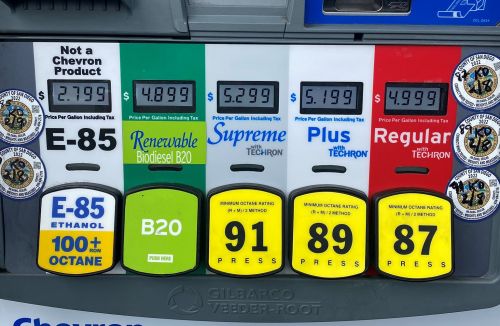 The surge in California E85 sales has accelerated further in 2022, as record-high prices for regular E10 gasoline are driving greater demand for lower-cost, lower-carbon alternatives. In recent weeks, E85 has typically been priced 30-50 percent below gasoline at stations across the Golden State.

California is one of just a handful of states that reports annual E85 sales volumes, but Renewable Fuels Association President and CEO Geoff Cooper said it is safe to assume that California now leads the nation in consumption of low-carbon flex fuels.

“During this time of record-high gas prices and heightened concerns about climate change, California drivers are seeking out options at the pump that are both more affordable and better for the environment,” Cooper said. “E85 satisfies both of those consumer demands. This new data show that when the fuel is made available and marketed properly, FFV drivers will absolutely respond. The combination of the California Low Carbon Fuel Standard, federal Renewable Fuel Standard, and a concerted promotional campaign by innovative retailers proves that the so-called ‘ethanol blend wall’ is a fictional barrier that can be eradicated with smart policy and marketing efforts.”

California’s largest provider of E85 noted that the momentum witnessed in 2021 has continued to build in 2022. “Demand for E85 has been on the rise this year, with increases of over 20 percent from January to February, and we expect to see the same for March,” said Greg Jones, Director of Business Development at Pearson Fuels. “We always want to encourage motorists to check their gas caps to see if they're driving a flex-fuel vehicle, and we are seeing more and more Californians taking advantage of our website and mobile app to find E85 stations near them. Drivers are seeing a real difference and saving quite a bit of money. In addition to that, we're focusing on blending our E85 with renewable naphtha, resulting in a nearly 100 percent renewable fuel that is 60 percent lower in greenhouse gas emissions compared to unleaded gasoline. We believe E85 can play an important role for decades and has the opportunity to become a low carbon fuel option for the millions of drivers who own these vehicles.”

Data from the California Energy Commission show that the number of FFVs on California roadways was nearly double the amount of electric vehicles at the end of 2020. 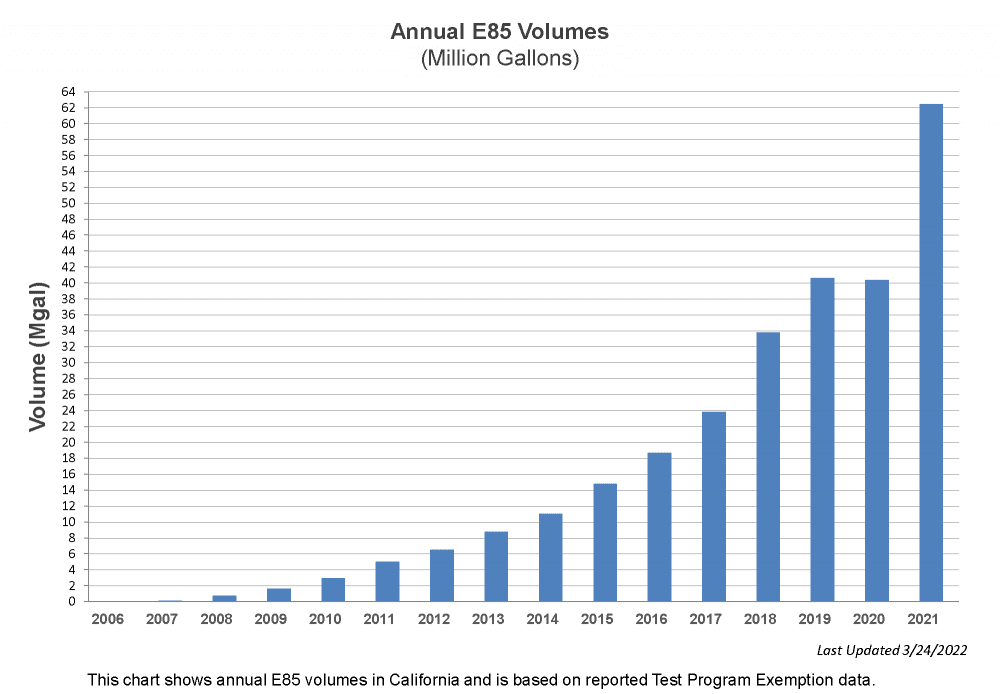