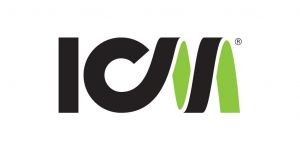 The Renewable Fuels Association has welcomed ICM, Inc. as the group’s newest producer member. Established in 1995 and headquartered in Colwich, Kan., with a regional office in Brazil, ICM provides innovative technologies, solutions, and services to sustain agriculture and to advance renewable energy, including ethanol and feed technologies to increase the supply of world protein. ICM currently operates a plant in St. Joseph, Mo., that produces 50 million gallons of low-carbon ethanol each year. Located next to ICM’s R&D facility, the plant is integrated with ICM’s development efforts to be an initial adopter of new products and technologies before they are introduced to the marketplace.

“RFA has had a long and fruitful relationship with ICM as an associate member, and we are thrilled to now welcome the company and its ICM Biofuels biorefinery to our producer member ranks,” said RFA President and CEO Geoff Cooper. “ICM CEO Dave VanderGriend is one of the true pioneers in the ethanol industry, and he’s been a longtime friend of the RFA. We’re pleased to have Dave joining our board of directors and look forward to working more closely with the entire ICM team.”

RFA presented its annual Industry Award to VanderGriend in 2012, with then-chairman Chuck Woodside, CEO of KAAPA Ethanol, noting that “his commitment to the industry is unquestionable and his passion for innovation seems limitless.”

“Having previously supported RFA as an associate member and, as a producer member representing ICM investments, I know firsthand the good work RFA does for the ethanol industry,” said VanderGriend. “We share a common vision and goal with RFA and I’m excited that ICM, Inc., and ICM Biofuels have joined this association as it represents another step in our continuous efforts to advocate and support renewable fuels and expand the market for ethanol.”

Click here for more information on ICM. Click here for more information on the value of an RFA membership and click here for a list of current members. All RFA producer members have voting rights on the RFA Board of Directors, which develops the association’s policies and priorities. Members also participate in industry events and networking opportunities; receive routine updates on legislative, market development, membership, education and outreach, technical and research, and communications issues; and inclusion in the member directories. They also can participate in RFA’s New Uses; Technical; Environmental, Health & Safety; and Co-Products Committees and provide input on RFA policy, activities, and priorities.