The Renewable Fuels Association today congratulated members who were recognized for their industry and community efforts in 2020 by BBI International and Ethanol Producer Magazine. The awards were presented today at the International Fuel Ethanol Workshop & Expo in Des Moines.

Steve Markham of CHS, who has served on the RFA board since 2017, was awarded the annual High Octane Award, which is given to those who have helped the ethanol industry mature and progress over the years. Markham has decades of experience in marketing both distillers grains and ethanol, starting with Commodity Specialist Company, whose DDG unit became part of CHS in 2007.  According to CHS, in his career, Markham has marketed distillers grains for more than 50 ethanol plants, and has been very active in promoting both distillers grains and ethanol overseas with the U.S. Grains Council. 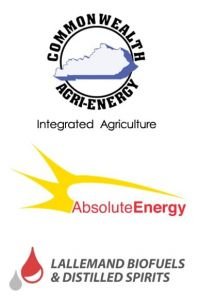 “Throughout a career that has spanned four decades, Steve has been a leader in developing new markets and expanding existing markets around the world for both ethanol and distillers grains,” said RFA President and CEO Geoff Cooper.  “But he’s more than a marketer. Steve is a thoughtful industry leader and a tremendously effective advocate for ethanol producers and farmers. No one is more deserving of this year’s High Octane Award, and we are pleased to see Steve recognized for his many contributions to the development of the U.S. ethanol industry.”

In addition, it was earlier announced that RFA member Commonwealth Agri-Energy received the Good Neighbor Award for its speed in pivoting to produce high-quality ethanol suitable for hand sanitizer and working with distilleries and others for regional production distribution of sanitizer – saving many jobs in the process. Members Absolute Energy and Lallemand Biofuels & Distilled Spirits received the Collaboration of the Year Award for their joint efforts to improve fermentation and conversions.

“These two awards recognize what we’ve known for a long time, that our members are dedicated to the communities in which they live and work, and devoted to moving our industry forward,” Cooper said. “We congratulate Commonwealth Agri-Energy, Absolute Energy and Lallemand on their many accomplishments. These honors are well-deserved.”