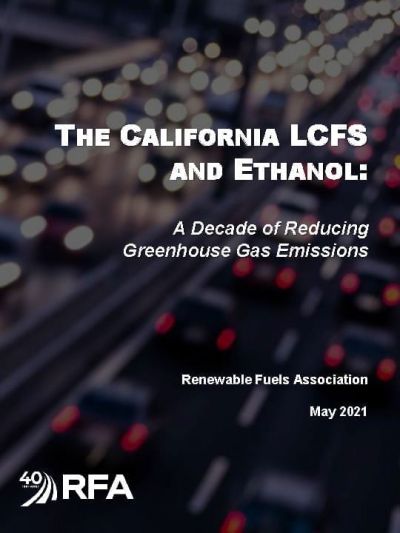 A new Renewable Fuels Association white paper looks at how, for the past decade, ethanol has been the go-to fuel to decarbonize transportation in the Golden State. The use of ethanol under California’s low-carbon fuel standard has generated over a third of the state’s greenhouse gas savings since the implementation of the program began in 2011—more than any other low-carbon fuel used in the state.

Using data recently published by the California Air Resources Board, the report examines changes that have occurred in the California transportation fuels marketplace over the past 10 years in response to the LCFS. Specifically, the report looks at the role ethanol has played in helping fuel suppliers reduce the carbon intensity of their fuels and concludes with a look ahead regarding the future role for low carbon ethanol as the LCFS enters its second decade.

“California’s trailblazing LCFS provides an example to other states and the nation of how to make substantial progress combatting climate change in the near term,” said RFA President and CEO Geoff Cooper. “Ethanol can continue helping California and the rest of the country meet ambitious decarbonization goals, given the potential for ultra-low-carbon and even zero-carbon corn ethanol to be available over the next decade.”

With the right market signals and incentives and a commitment to further open the California market to low-carbon ethanol, new and emerging biorefinery technologies could make corn ethanol carbon-neutral or even carbon-negative in the next five to 10 years. These include carbon capture and sequestration, conversion of cellulosic kernel fiber, substituting biogas for fossil natural gas for thermal energy needs, and substituting renewable electricity for fossil electricity.

What should be of special interest to automakers and fuel retailers, Cooper noted, was the observation of how the use of E85 flex fuel surged under California’s program—from 2.9 million gallons in 2010 to 40.4 million gallons in 2020. Even with COVID-related market disruptions, E85 use last year was down less than 1% from 2019’s record level of 40.6 million gallons. Putting more flex-fuel vehicles on the road—or even flex-fuel PHEVs—and more flex-fuel pumps at fuel stations, would only multiply the greenhouse gas reductions further. 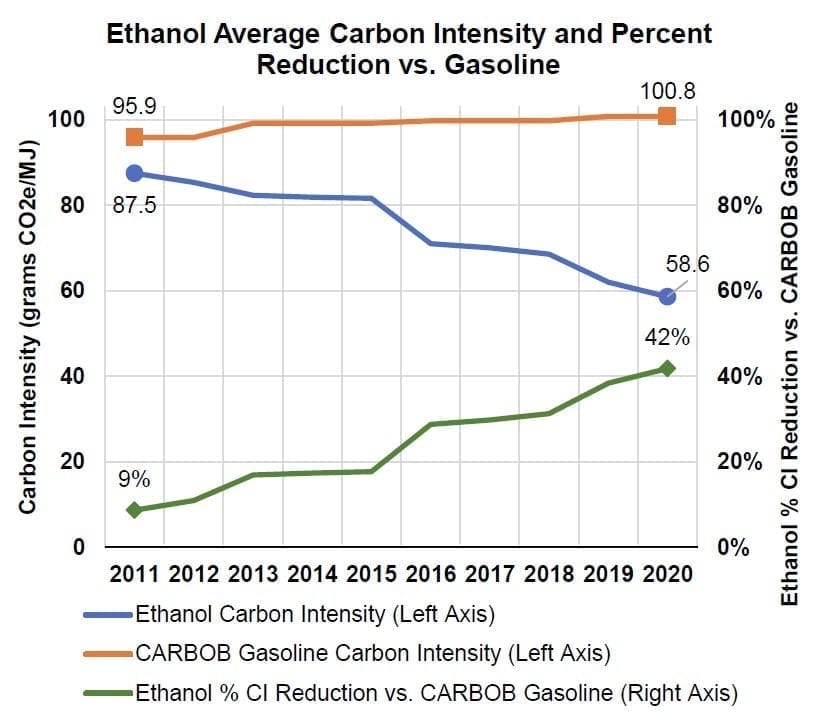