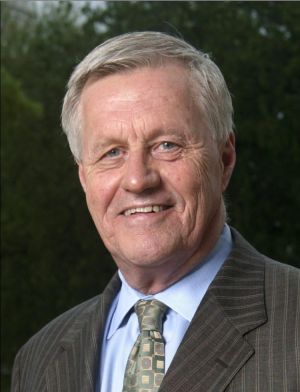 Citing his decades of service to farmers and ethanol producers, the Renewable Fuels Association today honored former Rep. Collin Peterson (D-MN), longtime chairman of the House Committee on Agriculture, with the RFA Industry Award. The award was presented in conjunction with RFA’s 26th annual National Ethanol Conference, held digitally this year due to the pandemic.

“This year, I am proud to recognize someone whose contribution to the U.S. ethanol industry cannot be measured in a single development or discovery, but for a career dedicated to value-added agriculture and policies laying the foundation for the U.S. ethanol industry,” said RFA President and CEO Geoff Cooper. “Congressman Collin Peterson, or ‘The Chairman,’ as anyone involved in agriculture knows him, has been the ethanol industry’s most effective and passionate advocate in the House of Representatives for decades.”

Among his achievements, Peterson helped form the Congressional Biofuels Caucus and fended off attacks on the tax incentive available to gasoline marketers for ethanol-blended fuels. He also was instrumental in defeating efforts to eliminate the reformulated gasoline oxygen standard that helped build ethanol demand nationally. In the early 2000s, he worked tirelessly to promote a more robust and progressive ethanol policy, which would become known as the Renewable Fuel Standard. And, Cooper added, “…the dramatic expansion and extension of the RFS in 2007 would not have happened without Chairman Peterson’s masterful negotiating efforts and dedicated advocacy.”   Most recently, Peterson led efforts in Congress to bring more transparency and integrity to the RFS small refinery exemption program; and, as COVID ravaged ethanol markets in 2020, he ensured that assistance for ethanol producers was included in the House-passed HEROES Act.

“I’ve been working on ethanol for a long time. I believe in it, and it’s been a passion of mine and it’s just been a pleasure for me to be able to lend a hand to make sure this industry is successful and moves ahead,” Peterson said in accepting the award. “I’m not going to walk away from ethanol, and now that I’m not in office I don’t know exactly what I’m going to do yet, but I will stay engaged in advocating for agriculture in some way, shape or form. You’re going to have my help— whether you want it or not.”