The Renewable Fuels Association is pleased to announce that Daniel Yergin, a highly respected authority on energy, international politics, and economics, will be a keynote speaker at the 26th annual National Ethanol Conference. Dr. Yergin will speak the morning of Wednesday, February 17, with a presentation titled, “The New Map: Energy and Geopolitics Coming Out of the Pandemic.” 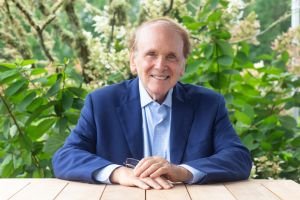 “Daniel Yergin is one of the world’s most influential and insightful energy experts, and we are excited to welcome him to this year’s NEC,” said RFA President and CEO Geoff Cooper. “Dr. Yergin’s appearance at the NEC will be especially timely this year, as the geopolitical landscape continues to shift, climate policies are rapidly reshaping fuel markets, and the energy sector continues to recover from the devastating impacts of the COVID pandemic. Leaders in the ethanol industry will not want to miss this rare opportunity to hear from Dr. Yergin.”

As an exclusive benefit for participating in this year’s NEC, all registered attendees will receive a copy of Dr. Yergin’s newest book, 2020’s The New Map: Energy, Climate and the Clash of Nations. It has been selected as one of the Best Books of the Year by both USA Today and NPR, and The Book of the Year by Bloomberg Surveillance.

“I greatly welcome the opportunity to address RFA,” said Dr. Yergin. “So much change is afoot in the national and global energy industries, and in the larger political context, that it will be particularly timely to have this opportunity  to discuss it with members of RFA.” 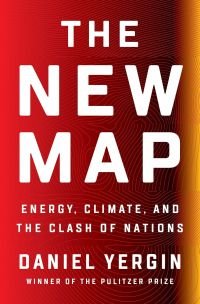 The latest book follows two previous works focused on the global politics of energy. He won the Pulitzer Prize for General Nonfiction with his 1990 book, The Prize: The Epic Quest for Oil Money and Power. Another volume on energy, The Quest: Energy, Security, and the Remaking of the Modern World, came out in 2011. His other books include Commanding Heights: The Battle for the World Economy and Shattered Peace: Origins of the Cold War.

Currently the vice chairman of IHS Markit, one of the leading information and advisory firms in the world with 16,000 employees worldwide, Dr. Yergin has served on the U.S. Secretary of Energy’s Advisory Board under Presidents Clinton, Bush, Obama, and Trump. He is a director of the Council on Foreign Relations and a trustee of the Brookings Institution, serving also on the Energy Advisory Council of the Dallas Federal Reserve. Dr. Yergin holds a bachelor’s degree from Yale University and a Ph.D. from Cambridge University, where he was a Marshall Scholar.