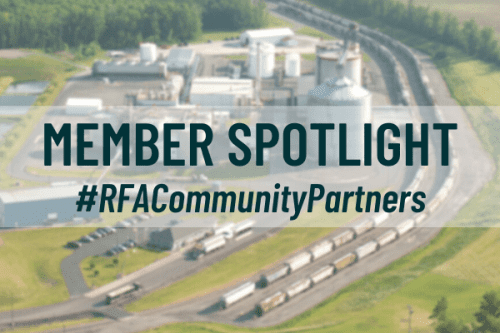 “In late January, we made the decision to prepare for a health-related pandemic,” said Eric McAfee, CEO of Aemetis. “We knew that the current domestic production capacity of seventeen billion gallons per year of fuel-grade alcohol had only a small percentage of medical grade alcohol that would not be adequate to produce what just the United States’ population would require. Fortunately, we had the team and mechanisms in place to prepare for an upgrade of our ethanol production plant quickly.  We were able to form relationships with hand sanitizer producers to begin shipping product almost immediately after the Alcohol and Tobacco Tax and Trade Bureau and the FDA provided specific exemptions and guidance for fuel ethanol producers on March 27.”

In order to produce ethyl alcohol for use in hand sanitizer, Aemetis performed more than two dozen upgrades to their 65 million-gallon-per-year facility in Keyes, California, including everything from water treatment to distillation to product load-out. They also invested $2 million in new trailers that allowed them to carry the new product without having to use tankers that usually carry fuel ethanol. These improvements allowed Aemetis to transition to a Food Chemicals Codex (FCC) food-grade facility in June 2020, which signifies that they have met a set of internationally recognized standards for the identity, purity, and quality of food ingredients. 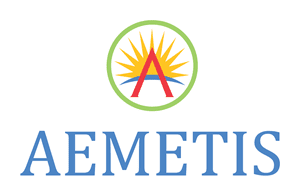 “With companies like Aemetis and many others at the forefront, the ethanol industry has been able to make a significant and important contribution to our country as it battles the COVID-19 pandemic,” said Geoff Cooper, CEO for the Renewable Fuels Association. “When federal regulators took steps to address the hand sanitizer shortage, many ethanol producers stepped up to the plate and some, including Aemetis, have made permanent arrangements that will allow them to contribute to hand sanitizer production in the long-term. This will be crucial as the United States looks beyond the current stage of the pandemic and prepares for the future.”

With the recent progress they have made, Aemetis doesn’t plan to sit still for long, as its next goals includes obtaining United States Pharmacopeia (USP) accreditation before the end of the year as well as meeting a production rate of 5 million gallons of high-grade ethyl alcohol per year.

“In light of the COVID-19 pandemic, we expect our high-grade ethyl alcohol production will continue to expand to meet an increasing global sanitizer demand,” McAfee said. “Aemetis is focused on meeting the need to reduce the transmission of viruses during this time of a national emergency.  Since a permanent change in sanitizer demand appears to have occurred, Aemetis has committed more than $10 million this year to achieving USP medical grade production in order to be a leading sanitizer product supplier even after the regulatory agencies lift the temporary waivers.”