As gasoline prices hit record levels earlier this summer, we heard plenty of anecdotal stories about a surge in the number of drivers seeking out lower-cost alternatives like E15 and E85. Now, we have fresh data to prove that more and more drivers did indeed turn to these higher ethanol blends for relief.

In Minnesota,  newly released state government data show E15 sales hit a record high in June and E85 volumes rose to their highest level in nearly nine years. According to the Minnesota Department of Commerce, E85 sales increased 54 percent compared to the same month last year, as the average price was $0.91/gal (19 percent) lower than regular unleaded. June marked the fourth-highest monthly volume of E85 sales since MDOC began recording this data more than a decade ago. 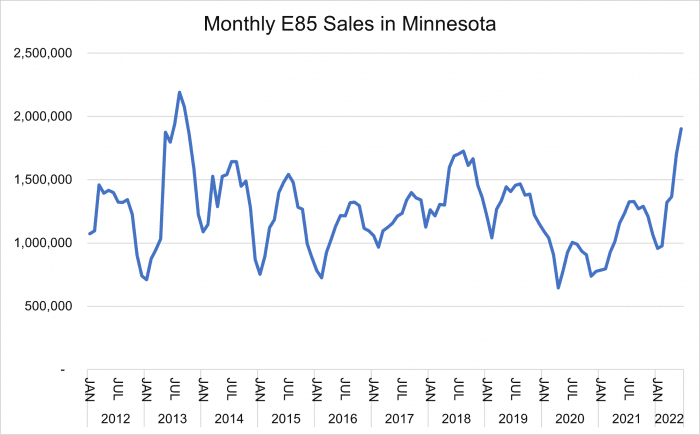 E15 sales have exhibited rapid growth over the last few years and are estimated to have reached 16.5 million gallons in June–40 percent more than a year earlier. Minnesota consumers saved an average of $0.16 on each gallon of E15 they purchased, according to MDOC. 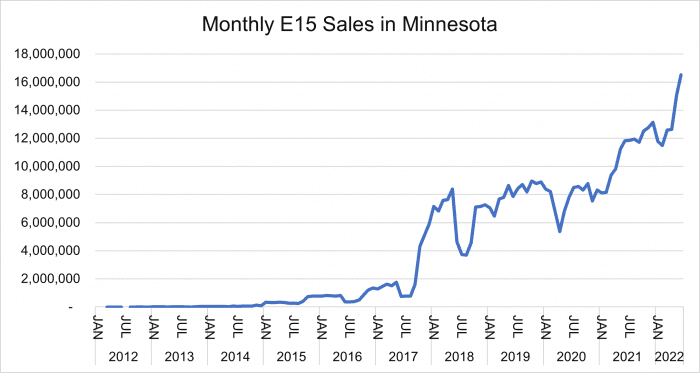 Due to a ruling last year by the D.C. Circuit Court of Appeals in favor of oil refiners, outdated fuel volatility regulations were slated to be reimposed on E15 this summer. Prior to 2019, this arcane restriction caused E15 sales to drop during the summertime. However, an emergency waiver that was announced by President Biden in April—and subsequently extended by the EPA—has allowed year-round sales of E15 to continue in 2022, which has propelled E15 volumes to record levels and helped relieve tight gasoline supplies. 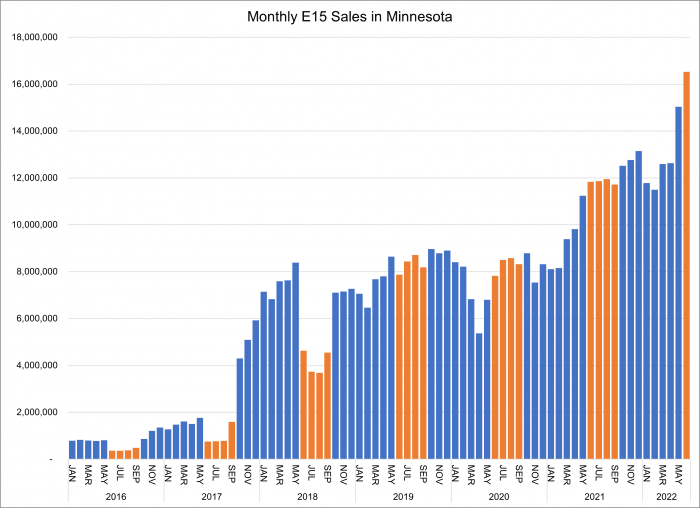 When it comes to the sale of higher blends, the North Star State is showing the way forward!