The following was published this week in the Owatonna People's Press and is reprinted with the permission of its author, a longtime RFA board member and former chairman. 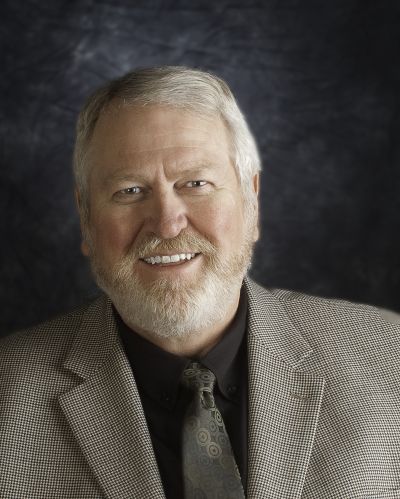 I write today in response to an opinion piece published on Wednesday. This piece, authored by John DeCicco, is rampant with errors and false assumptions concerning the biofuels industry. As a 40 year veteran of the industry, I have seen and heard a lot of misinformation concerning biofuels, particularly ethanol. The petroleum industry has been fighting against ethanol since the early 1900s and that fight to control the market continues on with the DeCicco piece. Would it surprise your readers to learn that the “research” done by DeCicco and his group at the University of Michigan was actually heavily funded by API, the American Petroleum Institute? That is a fact.

The author claims that the Renewable Fuel Standard (RFS) was enacted in the wake of 9/11. That is not true. The RFS was enacted after the petroleum industry was unsuccessful in getting Congress to protect the use of a petroleum product called MTBE as an oxygenate in gasoline. Because MTBE is very hazardous and causes serious environmental harm, states began to ban its use around 2004. So, the petroleum industry made the switch to using ethanol, which is also an oxygenate, instead, in 2005, and agreed to support the RFS requiring ethanol’s use. Communities all over the corn belt responded quickly to the RFS by building additional ethanol plants. In light of that rapid response to the new demand, and in recognition of increasing dependence on foreign crude oil, Congress decided to move forward with an expanded RFS in 2007. The vision here was to use cleaner, less polluting fuels that could be produced sustainably and renewably and thus help reduce our dependence on foreign oil, while also reducing emissions of greenhouse gases and tailpipe pollutants.

The Renewable Fuel Standard has been an outstanding success in reducing harmful emissions from gasoline by displacing some of the worst actors, which are called “aromatics.” These chemicals were used primarily for their high octane value (octane helps gasoline burn more completely and efficiently). But ethanol has the highest octane value of any fuel and is available at the lowest cost.  And according to various universities and government research labs, the use of ethanol in our fuel in 2020 alone reduced the total CO2 emissions from our vehicles by 47.3 million metric tons. And that calculation even includes excessive and speculative modeling assumptions for CO2 production from farming and ethanol production, as well as an additional emissions penalty for hypothetical and unproven “land-use changes.” This CO2 emissions reduction is the same as if we had removed 10 million vehicles from the roads for the year, or if we had shut down 12 large coal-fired power plants. This is the one place we are actually having a huge impact on the reduction of atmospheric carbon, and the real results are even better. Hopefully, the research will one day catch up to the dynamic improvements in farming and in ethanol production, rather than lagging behind more than 5 years as they do currently.

It is important to note the huge anti-farm, and particularly the anti-corn, bias built into the emissions models used by EPA in the creation of the RFS. People assumed that if we created all this new demand for corn to produce ethanol, we would have to convert a whole lot of land into new farmland to continue to supply all the food and feed that land currently supplied. So, a large carbon emissions penalty was added to ethanol to account for this supposed “land-use change” that would occur if forest and grassland were converted to cropland. Now, even if that false assumption were true, the penalty for conversion would be a one-time penalty. Instead, it is added to every gallon produced over all these years. That makes no sense at all. But even with that added carbon penalty and using data that is more than 5 years old in terms of efficiency and energy consumption, ethanol still reduces total carbon emission by about half compared to gasoline. And the actual results are better than that!

How much has our land use changed? The change has indeed been significant…but is the exact opposite of what Professor DeCicco would lead you to think.  In 1999, the U.S. had 365 million acres of land planted to crops, or listed as prevented plant, or in CRP. The assumptions in the models behind the RFS would lead you to believe that we would need about another 35 million acres planted after the RFS was enacted in 2007. Looking to 2017-2020 after the ethanol industry reached full capacity under the RFS, the actual amount of land that was planted to crops, prevent planted, or in CRP actually dropped to 345 million acres. Instead of needing more land, we are actually using less land for crop production than we did before the RFS. Why? The first reason is urbanization, where one to two million acres of prime farmland is lost to houses every year. But what is also overlooked is how much more efficient our farmers are, producing more and more bushels per acre while using fewer inputs and energy each year. Here are the facts: in 2007 (the year the RFS was expanded), Minnesota farmers planted 8.4 million acres of corn and averaged 146 bushels per acre. In 2021, farmers here planted 8.3 million acres of corn and averaged 186 bushels per acre – even with drought affecting parts of the state! Those are the facts we should all be celebrating.

But another part of what is missing is the understanding of the ethanol process. Making ethanol does not reduce our supply of livestock feed in any real sense. Our livestock need the protein in the corn, not the starch. Located in farm country, ethanol plants buy corn from local farmers, remove the starch and convert it into ethanol. The process also captures some of the corn oil for use in producing biodiesel. The remaining fractions of the corn are concentrated into a higher protein, higher value feed called distiller grains. This product then requires only one-third the volume of transportation to deliver basically the same protein value to the livestock growers. That is a huge saving in energy and reduction of carbon emissions just in transportation. So, we didn’t need more acres to produce the feed, we just changed the form to something more efficient.

America’s farmers are producing renewable, sustainable crops like corn with greater efficiencies and greater yields, while simultaneously lowering the inputs and energy consumed. They are doing so in ways that increasingly provide greater sequestration of carbon in their fields, and they have only just begun that effort. What do you see when you look at a field of corn? I see an incredible array of natural solar collectors that are using solar energy to drive photosynthesis, pulling huge volumes of CO2 out of the atmosphere, and producing huge amounts of oxygen, which we all need to breathe! Were you aware that our midwestern fields produce more oxygen than the rainforests of South America during our growing season? That is a fact. And our ethanol industry gets to access the solar energy stored by the corn in tiny batteries called corn kernels, converting it to a liquid fuel that burns cleaner and reduces CO2 emissions from our vehicles, while concentrating the protein and sending it on to feed our livestock.

Don’t fall for the false opinions funded by API or their ilk. Look instead at the facts, the reality, and see the amazing success we have created locally and sustainably that starts right here at home and positively impacts our world. DeCicco would have you use more petroleum rather than less. Let’s use more renewable, sustainable, cleaner energy produced right here from the sunlight falling on our farms.