Blog Posts
There at the Beginning: Kelly Davis

Sixth in a series. In honor of our 40th anniversary this year, we spoke with a few of the pioneers involved in the first decades of RFA and the ethanol industry. 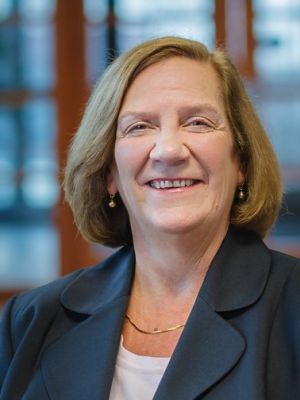 Three cities straddle the curve at the very south of Ohio: Huntington, W.Va.; South Point, Ohio; and Ashland, Ky.  To Kelly Davis, this confluence of the Big Sandy River into the Ohio is not only home, but where she got started in the ethanol industry nearly 40 years ago.

A Huntington native, Davis attended Marshall University in the city, earning a degree in chemistry. She found herself at Ashland Oil for 13 years, starting in 1980 when she was the only woman in the refinery, and eventually moving to its startup South Point Ethanol, where she outlasted the plant itself—even as a temp.

“The 1980s were kind of tough,” she recalled. “That’s when hiring freezes and all that stuff were on. I was a temporary employee and showed up at a 60-million-gallon-a-year coal-fired dry mill. And I was there for the next 13 years, so I started it up … and shut it down.”

As a self-proclaimed “lab rat,” Davis enjoys the technical part of the work and got involved early on in RFA’s Technical Committee, which was striving to develop production standards for the nascent industry. Likewise, she has worked for decades with ASTM, an international standards organization that publishes technical standards for a wide range of industries and remains an active member of the ASTM Committee for Petroleum Products. Davis is also part of the  U.S. Department of Commerce's Renewable Energy and Energy Efficiency Advisory Committee, which advises the agency on U.S. renewable energy and energy efficiency products and services.

“What I did in the laboratory to help keep it going, and the indelible marks that, when lab techs now sit down and read the cell count, it traces back to my boss, who was a clinical chemist in the Army. Those were good accomplishments, and just being part of a bigger picture. It’s hard to explain, but there's something to it that I miss to this day. There's something to working with a team of people to make a bunch of pipes and pumps and vessels actually do what they're supposed to do in the order they’re supposed to do it in, and at the end of the day, here comes your product. There’s something very fulfilling about being able to do that on a day-in, day-out basis.” 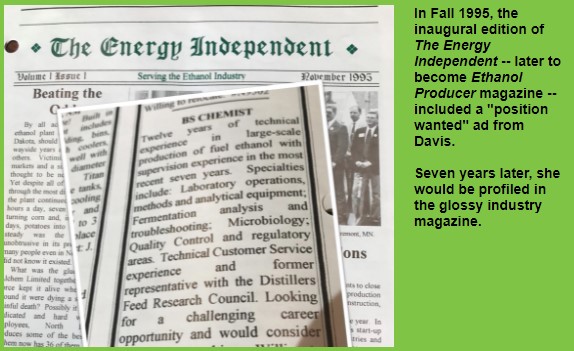 Davis was a lab supervisor at South Point until Ashland shuttered the ethanol plant in 1995, then moved north to Minnesota, joining Chippewa Valley Ethanol Co., or CVEC, where she worked as lab supervisor and then quality manager, earning a profile in the July 2002 issue of Ethanol Producer.

At CVEC, Davis saw the benefit of the so-called “Minnesota Model,” where the state provided a producer payment program of $0.20 per gallon on up to 15 million gallons of ethanol per year for a maximum of 10 years. It was designed in such a way as to build in-state businesses, and especially support smaller plants.

Chemical creativity is at the heart of Davis’s work for the industry. If you visit her now in her office, don’t be surprised to see the bottles of Shakers Vodka, a favorite memory of her time in Minnesota. 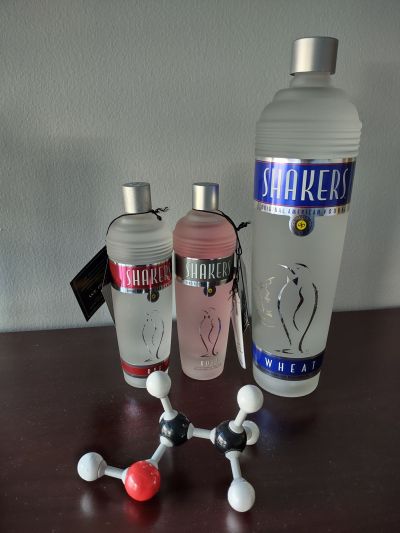 “Chippewa Valley Ethanol Company had invested in a small industrial alcohol still long ago before anyone else was thinking about it, and we got called by some very rich people who wanted something specific,” she said. “I tried to pass them off and send them to a routine distiller and they said they didn’t want to go there. They wanted to start with us, and so we invited them out. They had a story to tell and one of the things that anybody knows about me is I don't say no.”

This work, with what was Infinite Spirits at the time, who had just raised money by divesting the then-popular Pete’s Wicked Ale brand, led to some wickedly good vodka made at the ethanol plant. The drink launched in 2003.

“Serendipitously, we made a wonderful product, and we went to Poland on a research tour," Davis said. “At that time, we had already made Shakers and had it in a regular old lab jar, and I got praised by a master distiller. He liked it a lot, so we knew the pressure was on to come back home and repeat what we did. We successfully sent it to the San Francisco World Spirits Competition, and it won a Double Gold and made it to up to 21 states before we lost the product. It’s a very challenging world to be one small producer in a world that's Diageo and Bacardi and InBev. The big guys don't like to be challenged.”

The Shakers trademark was purchased in 2012 by E. & J. Gallo Winery. To this day, she notes, several ethanol plants have branched out with small-batch spirits, a natural offshoot of their work—and part of what makes the industry exciting.

After a short stint in ethanol marketing brought her to St. Louis, she found herself at RFA in July 2012, now serving as Vice President of Regulatory Affairs. Her relationship with the trade association goes back decades, as she puts it—“I have never not been here”—and she looks to the future with optimism.

“I have seen the industry change over time and the compelling growth in the mid-2000s was a ride for sure,” she said. “The future for ethanol is bright. I think it's globally bright. I think it's going to grow on the globe. It's a simple compound to make. it's not toxic like its counterparts would be in society. It can be used as a feedstock into lots of other bio-based chemicals and I see it making its way there. I'm a believer in the molecule.”