Blog Posts
There at the Beginning: Bob Reynolds 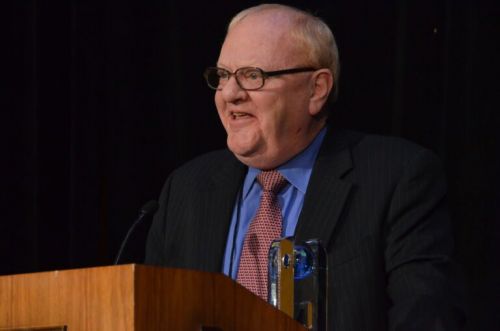 Third in a series. In honor of our 40th anniversary this year, we spoke with a few of the folks involved in the first decades of RFA and the ethanol industry.

It’s not surprising that if you walked into the AutoZone store in Celina, Ohio, today you may run into Bob Reynolds. Having retired back in 2015, he enjoys a hobby job where he can still talk with fellow enthusiasts about cars and what makes them run. It’s a perfect fit when you consider Reynolds is perhaps one of the foremost experts on fuels for the internal combustion engine.

Reynolds began his career with Southland Corp., then the parent company of 7-Eleven, which took over Citgo in 1983. In those early years, Renewable Fuels Association membership was not limited to ethanol producers, and Citgo was a member for a brief time. The fit wasn’t quite right—Reynolds recalled how a certain Citgo Vice President had early on expressed skepticism about renewable fuels.

“He said this is all going to be a fad, and I’m not going to like this decision five years down the road,” Reynolds recalled. “And I said that I just had a gut feeling that this is going to go forward, and I wanted to be in on it. I got an industry that’s just starting, and I’m going to work for a plant that’s never run before. I want to be involved in something that’s not already there.”

Reynolds transitioned to a marketing role at New Energy Co. of Indiana as it was opening a new plant outside South Bend, Ind., before launching his own firm, Downstream Alternatives, as a consultant for RFA in the early years of its existence. He wrote the book on fuel—literally—with Changes in Gasoline, an important manual that helps mechanics and others understand how liquid fuel for the internal combustion engine has evolved and improved over the years. The manual came out first in 1987; the fourth edition, published in 2009, can still be found on the RFA website. 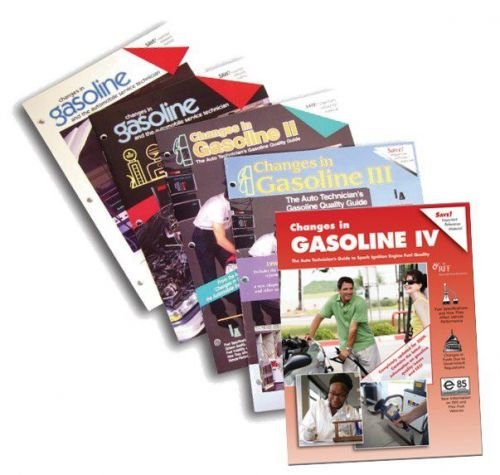 In the late 1980s and early 1990s, Reynolds worked with RFA to meet and speak with auto mechanics throughout the nation to educate them on the fundamentals of gasoline, such as octane and distillation and what these standards really mean for mechanics.

Reynolds also worked to bring the nascent ethanol industry into the National Conference of Weights & Measures and ASTM International, recognizing the importance of producers having a seat at the table when standards and regulations are being developed. For this work, he was also recognized with the ASTM Award of Appreciation in 2006, and ASTM Awards of Excellence in 2009, 2010 and 2014.

When he retired in 2015, Reynolds received the RFA Lifetime Appreciation Award from then-CEO Bob Dinneen. RFA noted at the time that Reynolds had a hand in nearly every aspect of the downstream portion of the fuels industry, and that the industry continues to benefit from his work in developing fuel standards and technical guidelines for auto manufacturers.

Now, so many years later, with the ethanol industry firmly established, Reynolds sees areas for further growth, starting with the expansion of the E15 blend.

“It may seem like we’ve not been too successful with E15 so far, but the same could have been said about E10 back in 1980,” he said. “A lot of automakers are now saying you can use E15 in these newer models and I think over the next 10 years we will see E15 become a more typical blend.”

Likewise, with ethanol exports. “I see us probably becoming even a bigger exporter than we are now,” Reynolds said. “Everything is dependent upon oil prices and on public policy, but there’s a lot of countries that could benefit from ethanol that maybe either don’t have the wherewithal, or the crops, or the feedstocks right now to make their own.”