Blog Posts
There at the Beginning: Ron Miller

First in an occasional series. In honor of our 40th anniversary this year, we spoke with a few of the folks involved in the first decades of RFA and the ethanol industry. 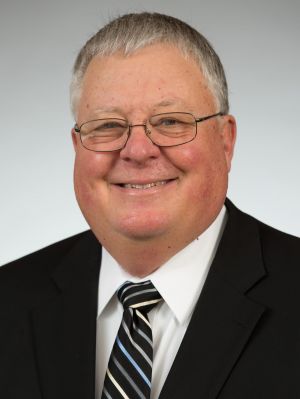 Big Oil brought Ron Miller to ethanol. The son of a man who worked at Texaco for nearly 40 years, Miller found himself working there, too, out of Chicago, just as the oil embargoes of the 1970s were sending the American fuel industry into a major transition.

Miller ended up helping blend ethanol into Texaco fuel as the refiner worked with Corn Products to produce ethanol at a surplus plant in Pekin, Ill., outside of Peoria, starting in 1981. One can still watch celebrity pitchman Bob Hope tout “Texaco Gasohol” on YouTube.

Miller took over marketing at the new Pekin Energy plant, which is now one of the oldest in the ethanol industry and which has gone through several changes of ownership and names over the 40 years that followed—from Pekin Energy Company to Williams Bio Energy to Aventine to Pacific Ethanol to Alto Ingredients.

Perhaps this evolution of names reflects the growth of the industry and RFA itself over the decades, and Miller, whose years of service (1997-2001 and 2006-2007) made him RFA’s longest-serving chairman, is proud of this growth. 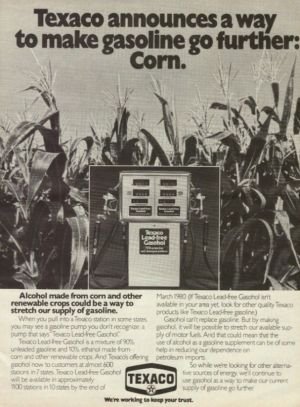 “It was a great experience,” he said. “Very few people have the opportunity to see an industry grow from birth to success. It’s still successful today, but by the 2000s we had worked our way into the national fuel supply. There are other organizations out there, but I don’t think any of them hold a candle to the work that RFA did from the beginning, for the first 20 to 25 years, to really establish the marketplace.”

The way Miller puts it, the ethanol industry today was built with a focus on energy security as a result of the oil embargoes. Other oil companies got involved in ethanol production at that time, Miller recalls, including Chevron and Ashland.

“One of the early challenges was that once the embargo was past, and oil began flowing again, some wondered whether we really need ethanol,” he said. As gasoline was transitioning at that time from leaded to unleaded, there was an opening to evolve the argument for ethanol, focusing on health and environmental benefits, with ethanol as a safer oxygenate for gasoline.

“We got to the point in the mid-1980s where we were talking about the three-legged stool made up of energy security, economic security and environmental security, and that is when we first noticed the benefit of oxygenated fuels out in the Rocky Mountains, where we started adding ethanol to gasoline in the winter to reduce carbon monoxide emissions.”

It’s one thing to create a new fuel that has the benefits ethanol enjoys over gasoline, but to get that fuel into fuel stations, to get automakers to warrant it and consumers to accept it is another set of challenges, and that what spurred the creation of RFA’s Technical Committee, something Miller sees as really driving the success of the ethanol industry over the years.

“The way I got involved in leadership was when my predecessor as chairman wanted to start a technical committee and asked that I chair it,” he said. “We had really great participation and were trying to deal with all the problems that we were facing from a competitive standpoint, where oil companies had a problem with ethanol. Some felt it shouldn’t be part of the gasoline standard, so we had to work through some questions on the technical side. It took us a few years, but we were successful.”

This is the sort of work, Miller says, that helped differentiate RFA from other associations that developed later.

“The RFA, by far, is the most technically focused of the trade associations, and I think that’s because we were the first out there,” he said. “We had to make sure that the consumers were happy with the product and so that meant making sure that, from start to finish, we had all the technical information we needed. If we had to make changes, we would learn that and make sure that the consumer experience was as positive as possible.”

Miller still lives in Pekin all these years later, and while he is no longer active in the ethanol industry itself, his career is not too distant; he left Aventine in 2009 to become president of Agresti Energy, which develops and operates facilities that convert agricultural waste into energy using a proprietary pressure hydrolysis process technology, taking animal manure, plant waste and other cellulosic materials to produce a range of biogas and liquid biofuels.