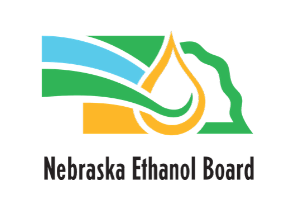 It’s been an “all hands on deck” effort to make a new ad hoc hand sanitizer production site at the Nebraska Innovation Campus’s Food Processing Center. Already, this production site has produced and donated 25,500 gallons to high-priority locations across the state of Nebraska, such as hospitals, first responders, nursing homes, doctor’s offices, blood banks and health departments.

A lot of work was done behind the scenes to get this project off the ground quickly, including working with the state government, Food & Drug Administration, and the Alcohol and Tobacco Tax and Trade Bureau to relax regulations, and designing the actual production process.

Dr. Hunter Flodman is an assistant professor of chemical and biomolecular engineering at the University of Nebraska-Lincoln (UNL) and serves as a technical advisor to the Nebraska Ethanol Board. His relationship with UNL was crucial to making the connection to the Food Processing Center. Only one of the 25 ethanol plants in Nebraska is set up to produce beverage-grade ethanol, so finding a location that met these FDA requirements was key. The center had to register as an over-the-counter drug manufacturer in order to begin the process.

While Dr. Flodman worked around the clock to design and finesse the process, Jan tenBensel, a Nebraska farmer and chairman of the Nebraska Ethanol Board, made phone calls to pull in supplies and services – all donated. In just a matter of days (April 5 to be exact), a temporary tent and secure area was set up in the FPC parking lot, a non-flammable production site was set up inside the building, ingredients had been delivered, and a small team of volunteers (including Flodman and tenBensel) were on their way to producing their first 1,200 gallons of product.

“We are very proud of the work of Hunter and Jan, who literally stepped away from their own lives and dived right in to making this hand sanitizer production a reality,” said Jessica Sodeke, program manager for the Nebraska Ethanol Board. “However, it wasn’t just two people that made this happen. We have had ethanol plants, industry partners, University staff, even complete strangers, come together for this joint effort to help mitigate the spread of COVID-19. In light of this pandemic, many of us have seen people going above and beyond to help their neighbors. That’s exactly what this is. Everyone has had nothing but good intentions and it’s really beautiful to see.”

Donations to get the project off the ground came across the renewable fuels industry and includes ethanol donations from Green Plains Inc. and RFA Member, KAAPA Ethanol. Cargill and RFA members Syngenta and BASF donated chemicals, packaging, and other items that were needed to meet World Health Organization requirements. This coordination has included the time, talents, and finances of more than 20 partners across the industry.

“After we found a home for the project, everything has been falling into place,” tenBensel said. “We reached out to our ethanol industry partners, and one-by-one they started donating their goods and services and continue to do so. The response is remarkable.”

“BASF realized it could make an impact to fight COVID-19 by sourcing ingredients and packaging for the UNL project,” said Brian Rayhack, BASF Enzymes Technical Sales Representative. “It was a great experience to work with ethanol plants, Renewable Fuels Nebraska, Nebraska Ethanol Board and UNL Innovation Center to deliver much needed hand sanitizer to hospitals and first responders in a matter of days.”

“The thing that strikes me about the effort is, at a time when the ethanol industry is in dire straits financially, they have been more than generous in donating ingredients, containers and the time and effort to help keep their fellow Nebraskans safe and healthy,” said Troy Bredenkamp of Renewable Fuels Nebraska, who has helped with legislation and to personally deliver hand sanitizer.

The inspiration for this project is the severe shortage of supplies that the state is experiencing. Since production began, the requests have flooded in. Many high-priority organizations, such as regional public health coordinators and law enforcement agencies, had not received any hand sanitizer in weeks. The Department of Transportation has not been able to keep up with the deliveries, so in order to keep the process running smoothly, the state connected with the Nebraska National Guard, who are able to assist in legally transporting hand sanitizer to high-priority locations.

In addition to the sheer need, ethanol producers across the state of Nebraska that had idled or reduced production were in need of storage for their product. Now, they are able to take what was a challenge and turn it into a positive to help their communities.

“The ingenuity, resiliency, and generosity of the US ethanol industry has been well demonstrated by the recent activities in hand sanitizer production,” said RFA CEO Geoff Cooper. “The project taking place at University of Nebraska-Lincoln has given the industry an opportunity to collaborate at all levels and we’re excited to see them produce a quantity of hand sanitizer that is helping to protect Nebraskans from the spread of this terrible virus.”