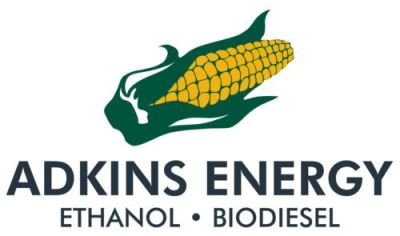 Word travels fast. And fortunately for first responders, medical workers, essential workers and others experiencing a hand sanitizer shortage, word traveled quickly across the state of Illinois when a Chicago-based small business put out a call for help that was quickly met by an ethanol research center in southern Illinois and an ethanol producer in northern Illinois.

Stephanie Luster is the President and Director of Education of Essations, Inc., a hair and skin care product company located in the village of Forest Park in Chicago. Essations’ typical ingredient sourcing and manufacturing process allowed Luster to quickly modify operations to produce hand sanitizer, but she found that her typical suppliers were unable to supply her needs for alcohol. Large consumer product companies who typically produce hand sanitizer in China had quickly absorbed much of the United States’ alcohol production capacity, so orders from small businesses like Essations were unable to be filled.

Fortunately, Luster was able to quickly connect with Illinois State Senator Patrick Joyce, who reached out to multiple state agencies, including the Illinois Department of Agriculture (ILDOA).

“The success of this project is a win-win for my district,” said Senator Joyce. “I was eager to help with this opportunity as it allowed a successful small business to continue operations and it also brought much needed hand sanitizer to the members in my district. It’s encouraging to see everyone come together and make connections and calls to see this project through.”

Senator Joyce’s effort proved crucial in tracking down the ILDOA Director Jerry Costello who knew who to call. For over 15 years, the National Corn-to-Ethanol Research Center (NCERC) has been one of Illinois’ most successful examples of a public-private partnership. As a well-connected biorenewables research center, Costello reached out to his contact, NCERC Executive Director John Caupert, on Saturday, April 4 to see if he could recommend an ethanol biorefinery that would help Luster fulfill her hand sanitizer production needs.

After confirming the volume needed and Luster’s preferred method of delivery, Caupert contacted Ray Baker, General Manager of Adkins Energy in Lena, IL, to see if they’d be willing to partner with NCERC  so that the two companies could collaborate and bring their respective resources together to produce hand sanitizer right there in Chicago.

“Director of Agriculture Jerry Costello is someone I admire and respect very much, so I was eager to help when he said I would likely be contacted by Illinois State Senator Pat Joyce,” said NCERC Director Caupert. “Senator Joyce, like me, is a farm boy, and farmers rally to assist and support each other. From one farm boy to another, I couldn’t wait to assist Senator Joyce’s constituent, in whatever way I possibly could.”

By Monday, April 6, a plan was formed for Adkins Energy to provide ethanol directly to Essations’ production site in Forest Park, IL. The first shipment of ethanol went out on Friday, April 17th, thanks to delivery support from a local chapter of the Teamsters union who volunteered their time to make sure that the project was a success. The ethanol product included a bitterant that deters children from ingesting the product.

“Adkins Energy had already been working locally to produce hand sanitizer for our community, so when John Caupert at NCERC contacted us about Essations, we were excited about the chance to source some of our ethanol to the project and expand our help into the Chicagoland area,” said Baker. “Our team is proud to be helping our neighbors here in northwest Illinois and now Essations, too. Stephanie is driven to help her community and we are excited we can help her achieve her goal.”

While meeting the needs of her community, Luster learned that area businesses were struggling to provide hand sanitizer to their employees and those essential workers who are needed to keep Chicago safe and running.

“In addition to donating hand sanitizer to hospitals and first responders, Essations has chosen to sell hand sanitizer at cost to essential service companies,” said Luster. “It’s important that businesses, such as FedEx and auto parts stores, are able to keep their employees safe and give them the materials they need to feel comfortable doing their jobs. Everyone deserves the right to project themselves.”

Members of the public can also purchase the product online on Essations’ website. In addition to providing ethanol to Essations, Adkins has partnered with Lena Brewing Company, where Lena residents are invited to visit the brewery to access their own hand sanitizer.

This post is part of the Renewable Fuels Association’s new #RFACommunityPartner series that is spotlighting individual member companies’ heroic response to the COVID-19 pandemic.